A schedule determines the frequency with which the UNIFYNow engine will trigger an operation list execution. If multiple schedules are present, the operation list will run multiple times according to the rules defined for each schedule. Operation Lists are configured to have one-to-many schedules. 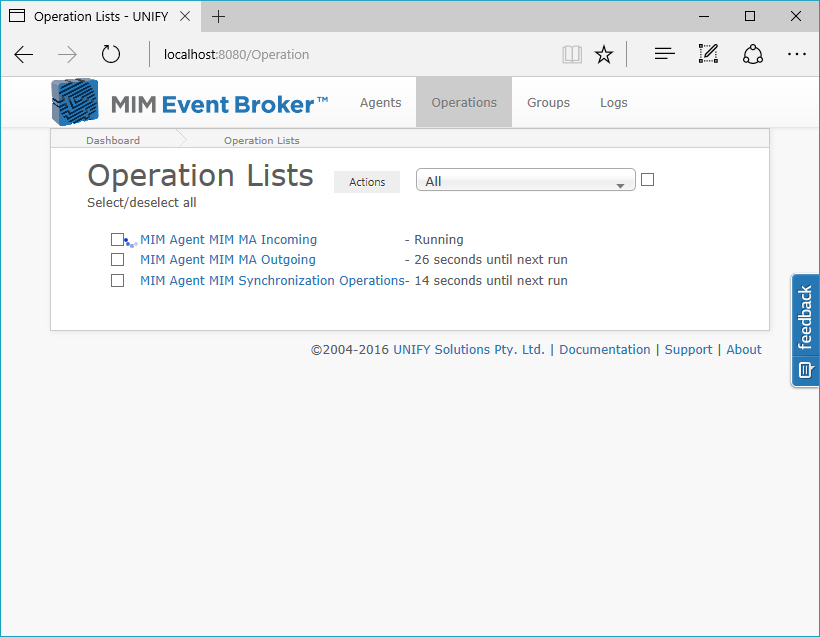 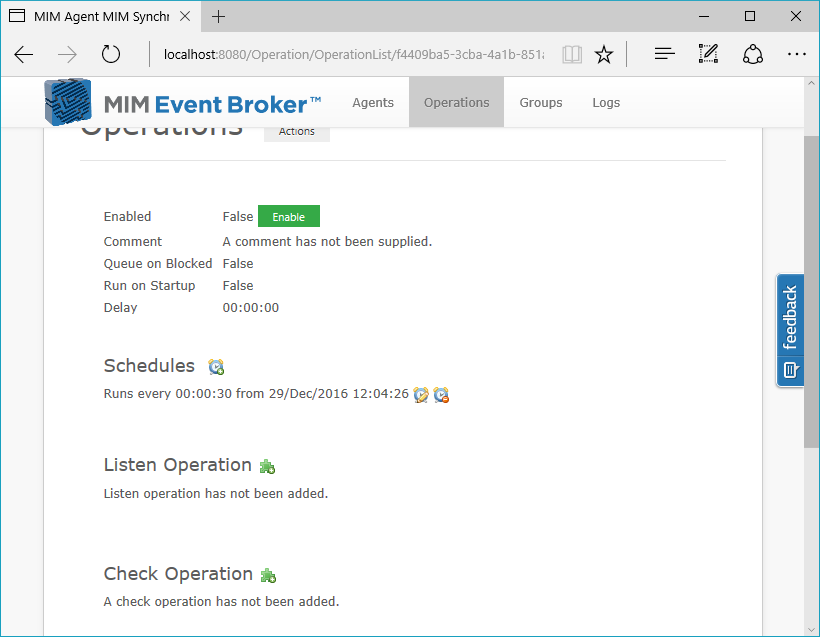 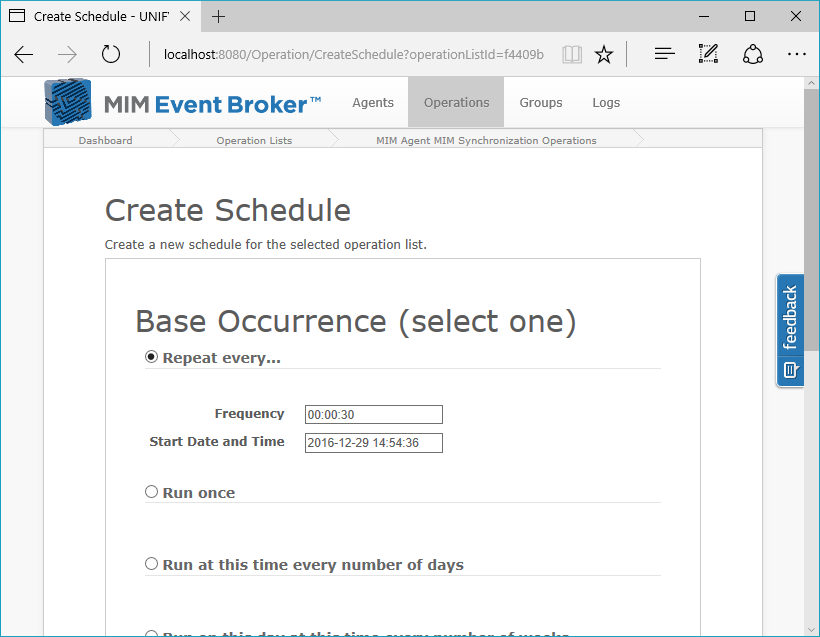 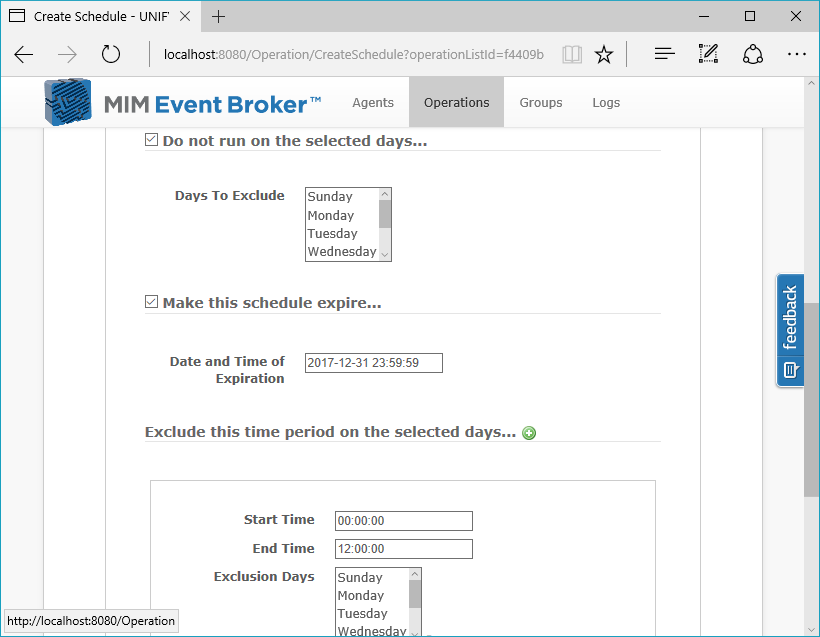 TIP: It should also be noted that there are valid cases where it is useful not to have a schedule on an operation list. This includes lists which should only ever be manually triggered from UNIFYNow, and also those that are only ever triggered by the UNIFYNow Changes Activity

It is possible to enable multiple exclusion periods on a schedule, where certain days, dates, and periods of the day may all be excluded from operation. It is up to implementers to ensure that configured exclusion periods do not completely prevent the execution of the operation list. After configuring a schedule, it is possible to review the time to the next run by browsing to the Operations page and enabling the operation list.

It is also possible to exclude the outside of a day by using the daily exclusion option, listed under Exclude this time period on the selected days... on the schedule page. By configuring the end date to be smaller than the start date, the period specified will be blocked. If no days are selected, the exclusion will run over every day of the week. 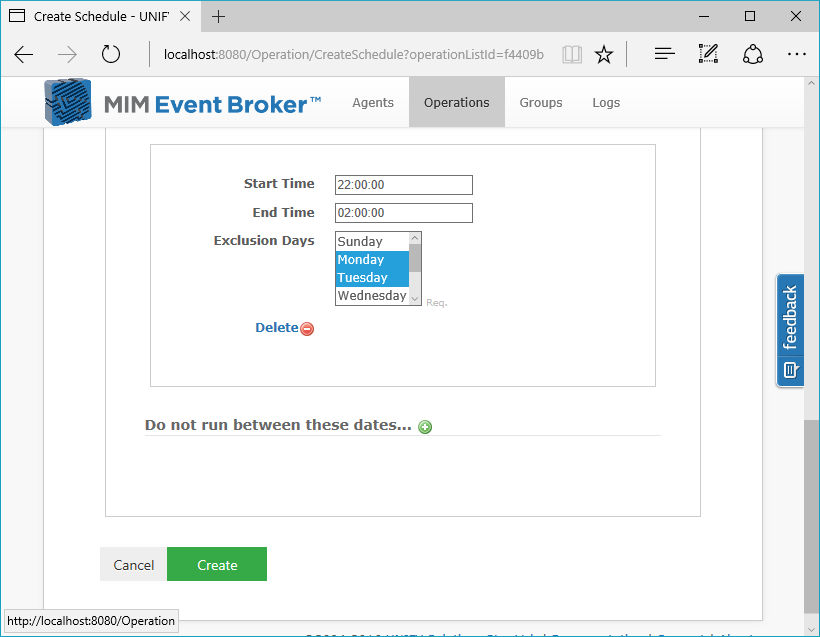 Schedules are atomic, and do not interact with each other. Multiple schedules will allow the operation list to run multiple times in accordance with each configuration. For example, in the following case:

The operation list will run both every 30 seconds not on Tuesdays and also every 45 seconds, including Tuesday. This should be kept in mind when configuring multiple schedules so that operation lists do not run unexpectedly or at undesired times.

This will ensure that the schedules do not still run the operation list during an intended outage period.

Availability and quality of server resources should be considered when creating schedules for particular operation lists, so as to not too heavily burden the identity management solution. The duration of certain operations should also be considered. It is recommended that schedules are tested in a development or test environment before being launched into production. For more considerations regarding scheduling, refer to Operational Considerations.