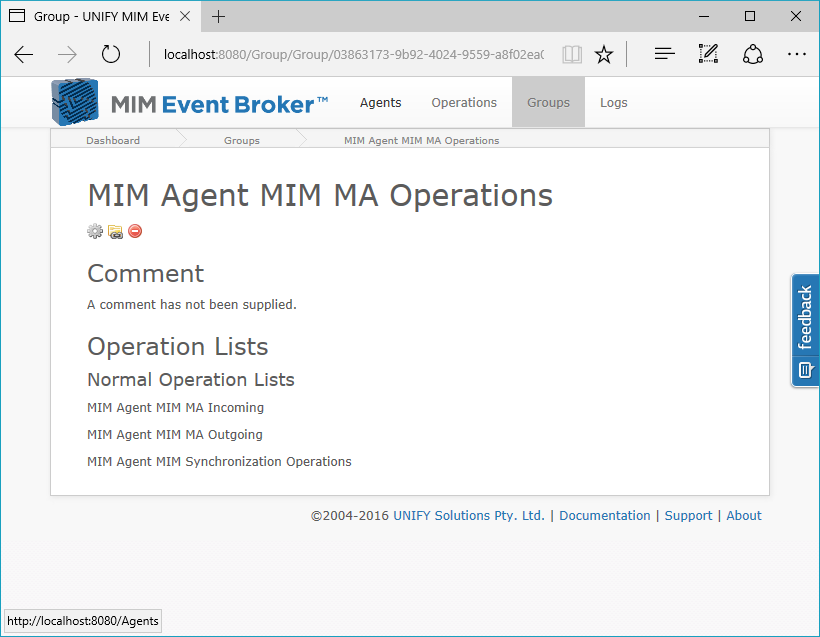 Groups can also be used to prevent clashing operation lists from occurring concurrently, avoiding MIM database deadlocking (for example, preventing large full synchronization jobs from firing at the same time). These can be configured using exclusion groups (see Configuration below).

Groups can also make navigating the Operations page much easier, as only operation lists contained within the selected group are displayed. 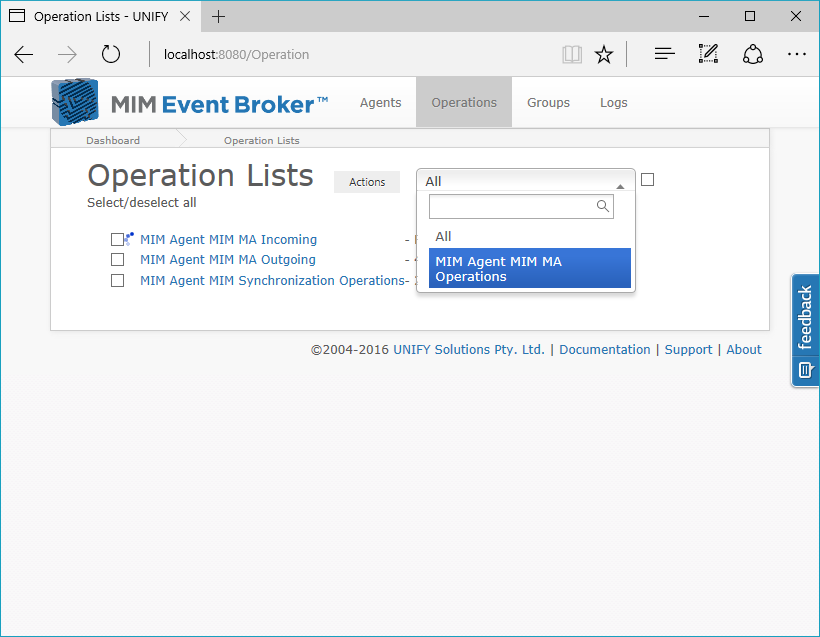 To create a group, navigate to the Groups tab and select Create a new group. 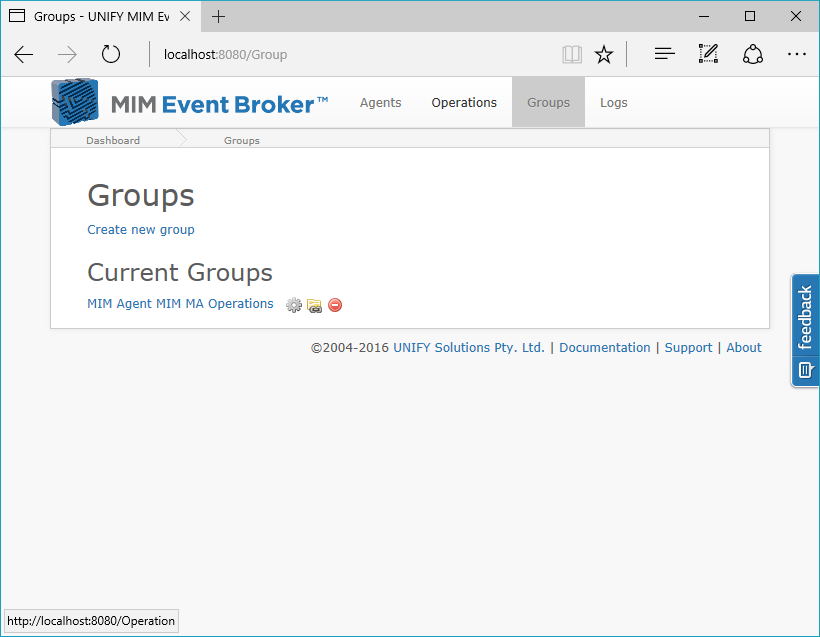 It is recommended that groups are used to group a set of logically connected or similar operation lists. Some typical usage scenarios include:

Groups can be created from the Groups tab. A group has the following configuration details: 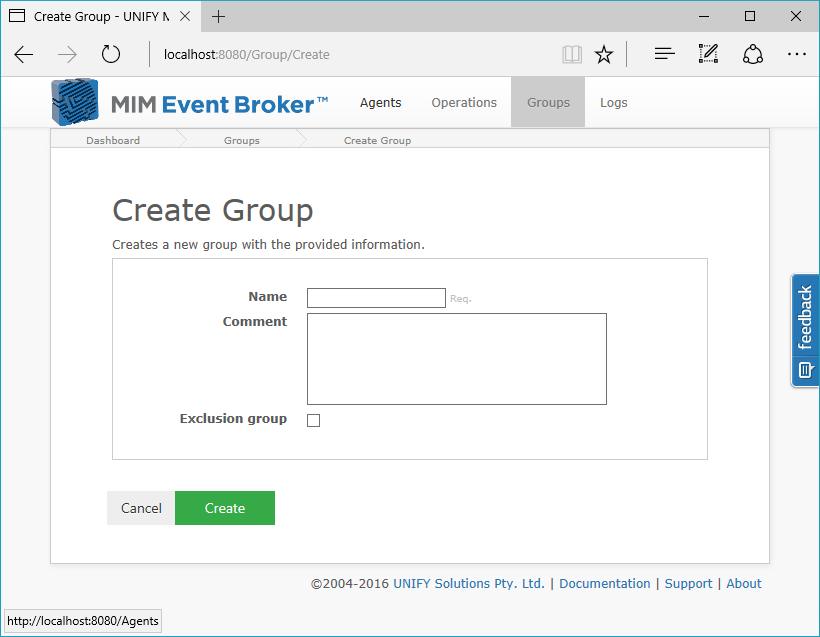 The Edit Operation List Members link allows for group members to be configured.

Whether the group is an Exclusion group will determine the member types for the operation list that are available. 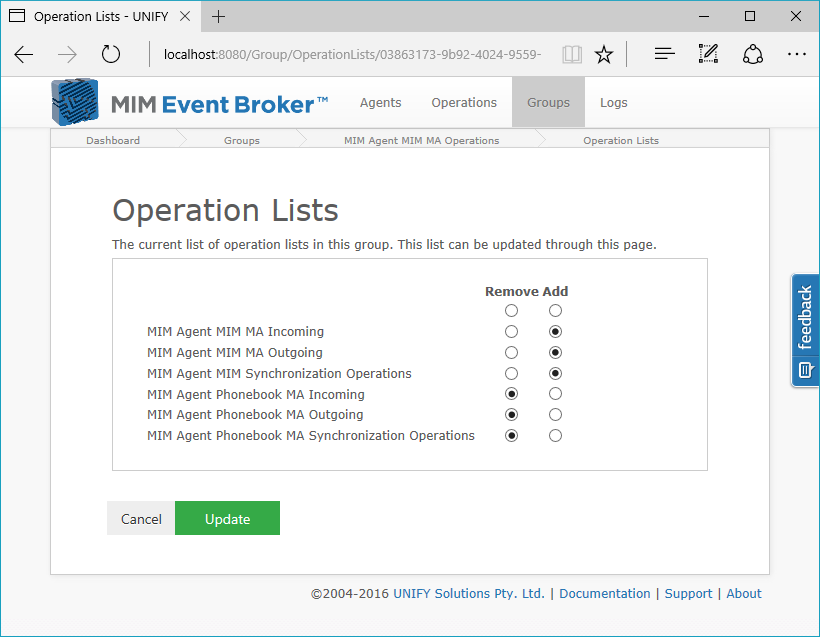 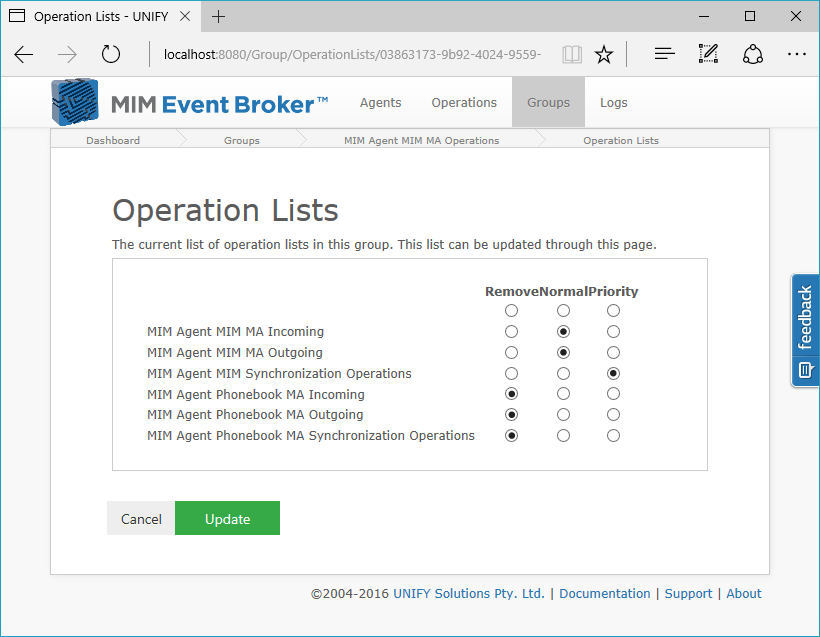 For operation lists that contain operations that execute against Microsoft Identity Manager, all operation lists contained within a group should be configured as priority members. This is required due to a change in MIM that stops operations from executing concurrently.

For operation lists that do not execute against Microsoft Identity Manager, it is recommended that large synchronization operations are set up as priority members, with smaller delta operations that will be affected as normal members. This ensures large operations will be able to run with a nullified risk of database locking created by smaller operations. For systems where large numbers of exports to multiple systems are likely to be generated during a full synchronization, consider adding outgoing operation lists to the exclusion groups.

It is important that exclusion members are not scheduled in such a way that they will regularly clash with each other. This should be considered during the design and testing phase of the solution.

TIP: Each operation list can be selected for a particular group type by simply selecting one of the corresponding top radio buttons. 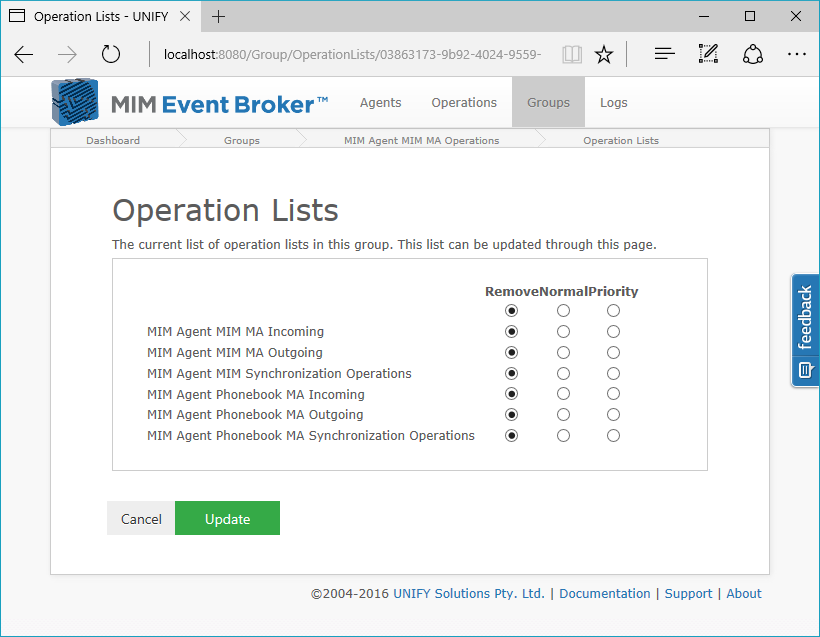