Here's an example from a UNIFYConnect instance: MemberDNs is a multi-valued string field for managing group membership. 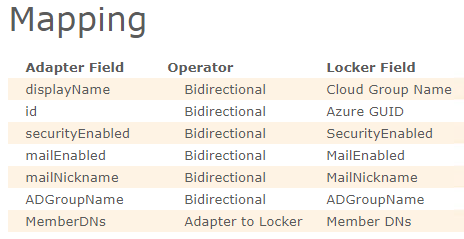 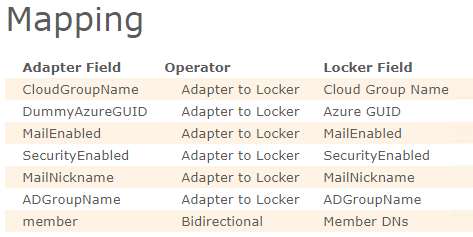 The mapping priorities in the Locker are as follows (i.e. Azure Cloud Groups is set as a higher priority mapping than AD Groups):

However, if the group membership's membership is then changed directly in AD that change then comes back as far as the adapter entity, but doesn't flow into the locker entity (and neither should it, because there are already a higher priority values mapped into the locker from the Azure Cloud Group adapter).  However, the correct values from the locker are not being written back to the adapter, which is the functionality we would like to have, so that when a change is made to a managed attribute in a downstream system UNIFYBroker/Plus will quickly revert that change and enforce the correct upstream value.

When a subsequent Baseline Sync is run on the AD Groups link the correct value from the locker is written to the adapter and the downstream system is updated to enforce the value.  This is a functional workaround, but scheduling frequent Baseline Sync operations has an operational overhead.

Perfect - thanks for confirming. I'll close this one and we'll track progress on the related ticket:

Outgoing changes are only be generated if the locker entity is updated in some way, which the priority configuration prevented. While this is the intended behavior, your desired behaviour is a reasonable expectation, so I've changed this topic from a bug to an idea. For now you'll need to continue using the baseline sync workaround, but I'll look into if this functionality could be implemented.

With your recent suggestion for a true-up operation in UNIFYBroker/Plus, do you think it would cover this scenario?

Yes, this is the same thing.

Perfect - thanks for confirming. I'll close this one and we'll track progress on the related ticket: