The scheduler can be enabled or disabled from the home page:

TIP: Operation lists that were meant to run during a time when the scheduler was off will not be run. It is important that operators keep note of any downtime of the scheduler, especially if it occurs when infrequent operation lists are due to run. 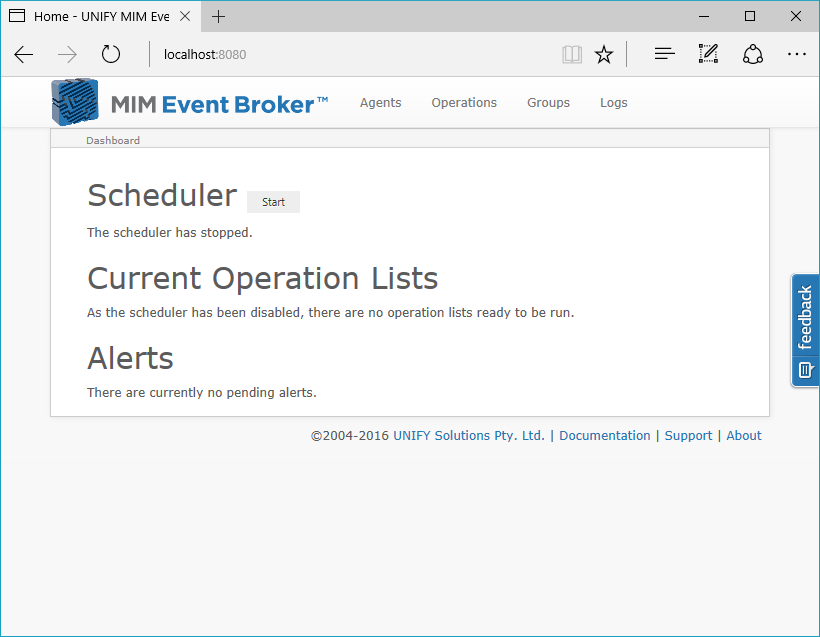 TIP: The scheduler defaults to "On" following a restart of the UNIFYNow service.

The scheduler has three separate states:

ALERT: The scheduler will not move to the started state if a start-up operation fails.

The starting state primarily serves as a means by which to prevent the target MIM instance(s) from becoming compromised by baselining before any delta processing or core UNIFYNow functionality being performed. 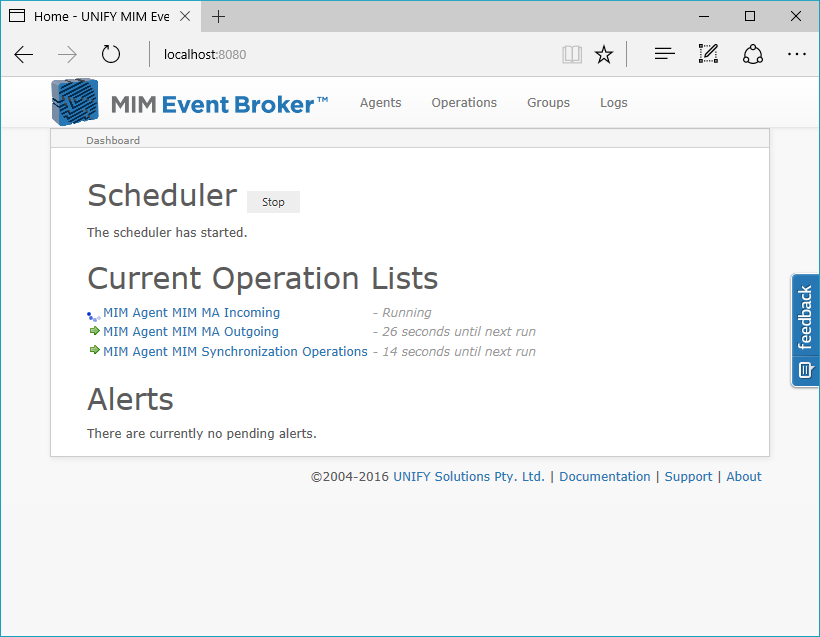