The following sections include the concepts required to understand UNIFYBroker’s connectivity to chris21 systems.

A form in chris21 is comparable to a screen on the chris21 user interface.  Each form is customisable, although there are certain attributes that are common to all instances of chris21. 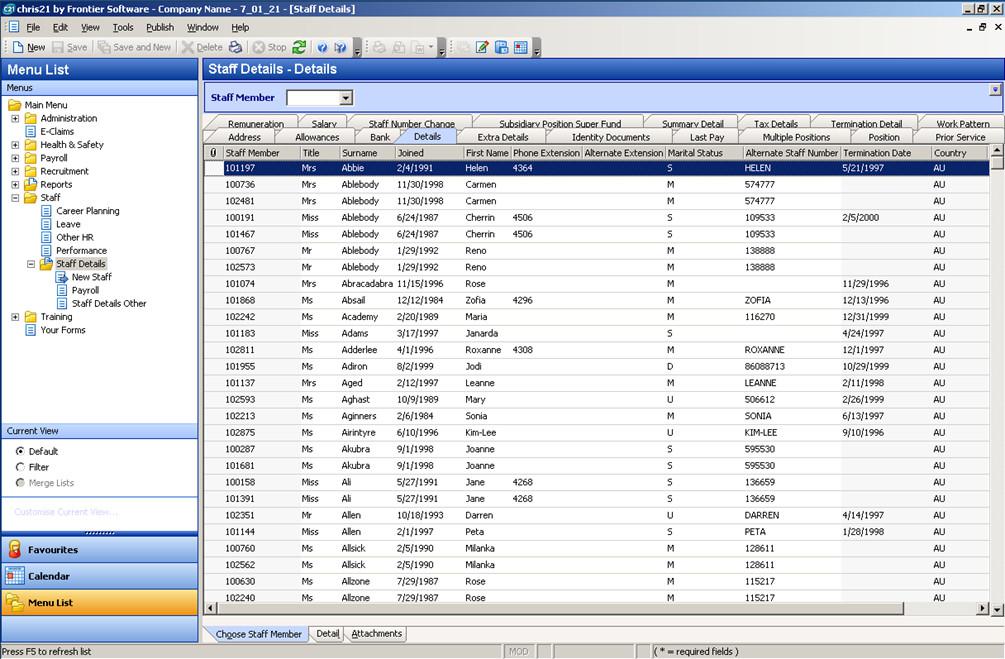 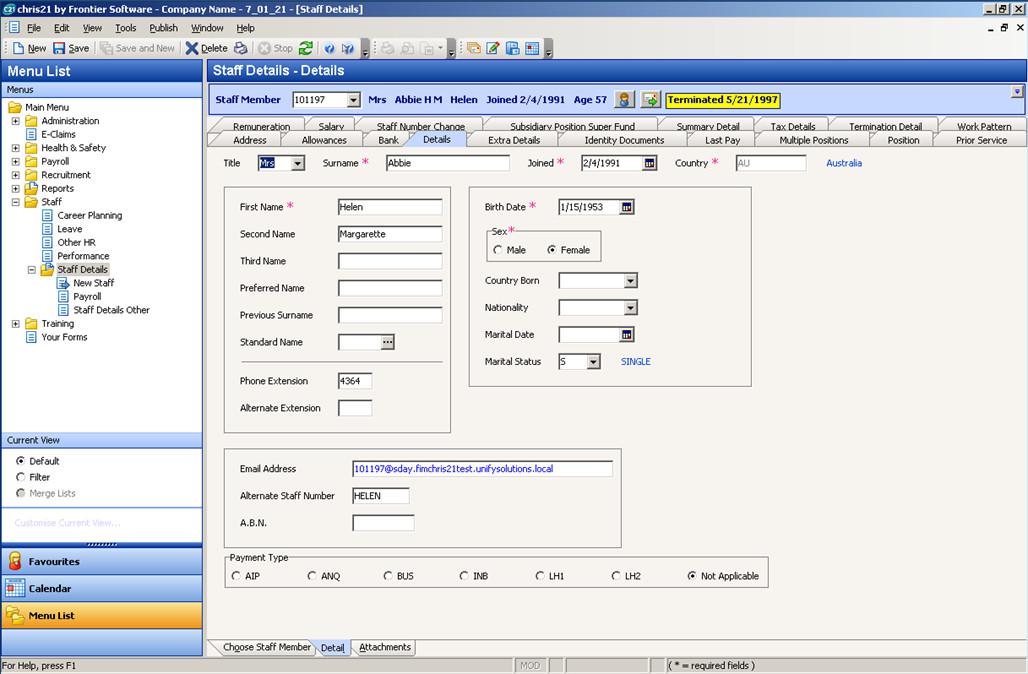 Each form is accessible by UNIFYBroker by its three letter code designation.

UNIFYBroker and relationship between chris21 forms and a single connector

In order to allow the greatest flexibility of UNIFYBroker/Frontier chris21, each single connector in UNIFYBroker must correspond to a single form in chris21.  For example, a connector can be set up to correspond to the Staff Details (DET) form, enabling access to information about staff member’s details.

The fields within the described target form are denoted by individual schema fields on the connector of the same name. 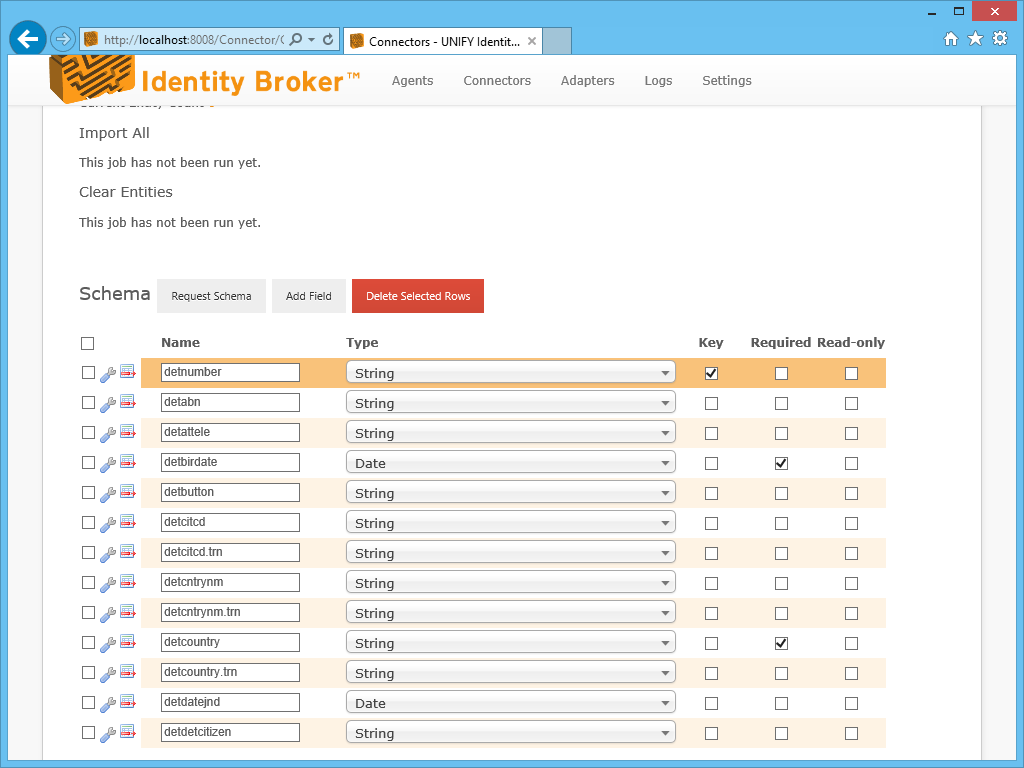 To provide information in the Identity Management de-normalised form, UNIFYBroker’s transformations can be utilized. 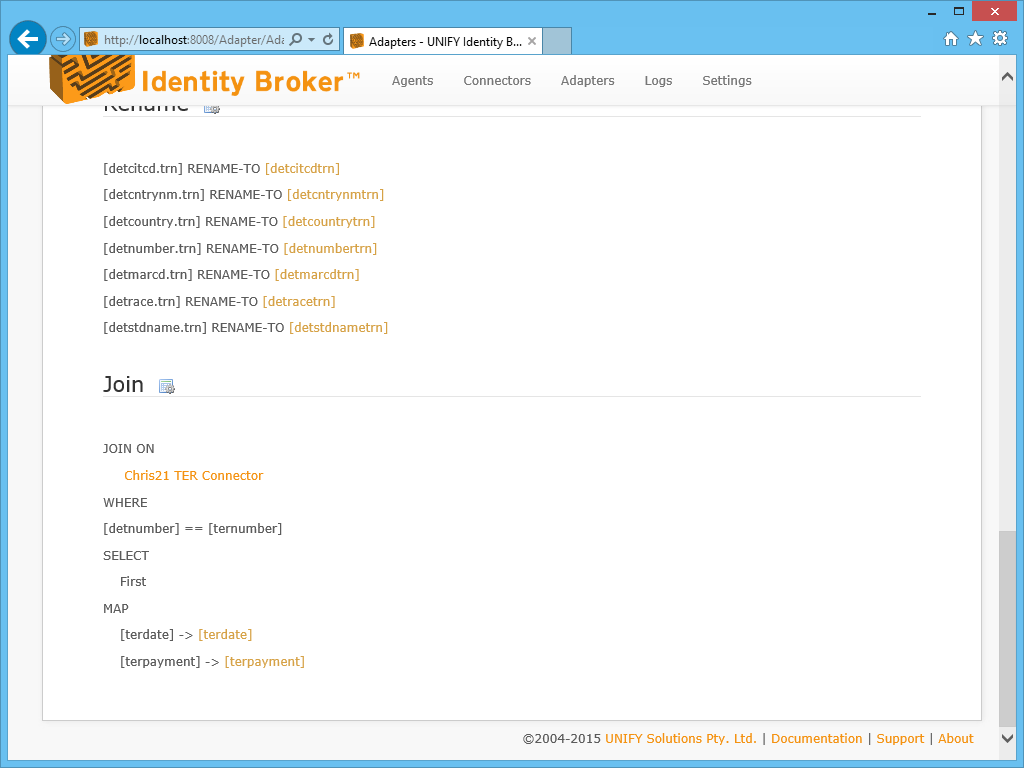 Sample implementations of a chris21 solution can be found here

The Business Rules Engine (BRE) defines the rules and data which a chris21 instance uses to operate.  For a more detailed explanation of the BRE, refer to the Frontier technical documentation.

The General Transaction Record (GTR) is the language used to communicate with chris21’s Business Rules Engine.

In order to gain the greatest isolation from chris21, which in some instances may actually be accessed over the internet, UNIFYBroker sends GTR requests to chris21 via a Frontier component called the “Internet Option”.  See the Frontier document Internet Option for an explanation of how to configure this.

Identity Broker uses the EAI mechanism within chris21 to import changes within the system. Once appropriately enabled for a form and its underlying file table, changes made in chris21 to each form will be logged to EAI. These changes are imported and cleared (or flagged for removal) during polling operations by the connector.

In order to prevent continual importing of the data in the target forms, the EAI table will be cleared of the entries relevant to the particular form following a successful import. Keep this in mind if any other systems depend on the EAI interface to function.

The primary consideration for exports is to ensure all related information exists in the chris21 instance prior to the addition of new items. Most information in chris21 is reliant on the existence of a record in the Employee Details (DET) form. Without the employee record, information such as address, position, termination, or relational information will not correctly resolve in chris21. 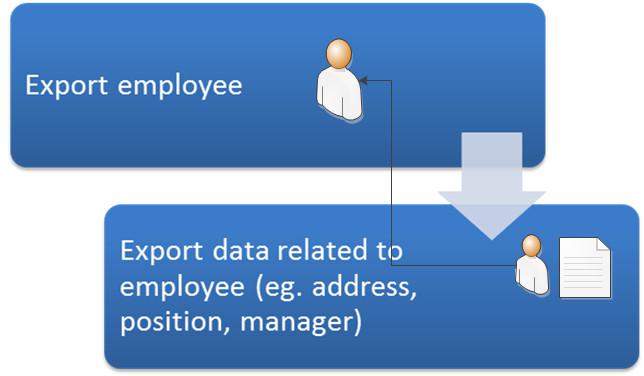 Another note is that employees cannot be deleted unless they have an active termination record. In order to successfully delete a user from chris21, ensure a current termination record is present prior to the export.