A PowerShell Changes operation executes a given PowerShell script and determines whether there are changes based on whether the script returns true or false.

This operation allows users to define their own custom change detection mechanism for operation lists that cannot be described through the current set of agents.

There are a number of technologies that the PowerShell Script is dependant on. Specifically:

Whether or not to continue is defined by whether the script returns a true or false in the global context of the script, which can be represented in any of the following manners: 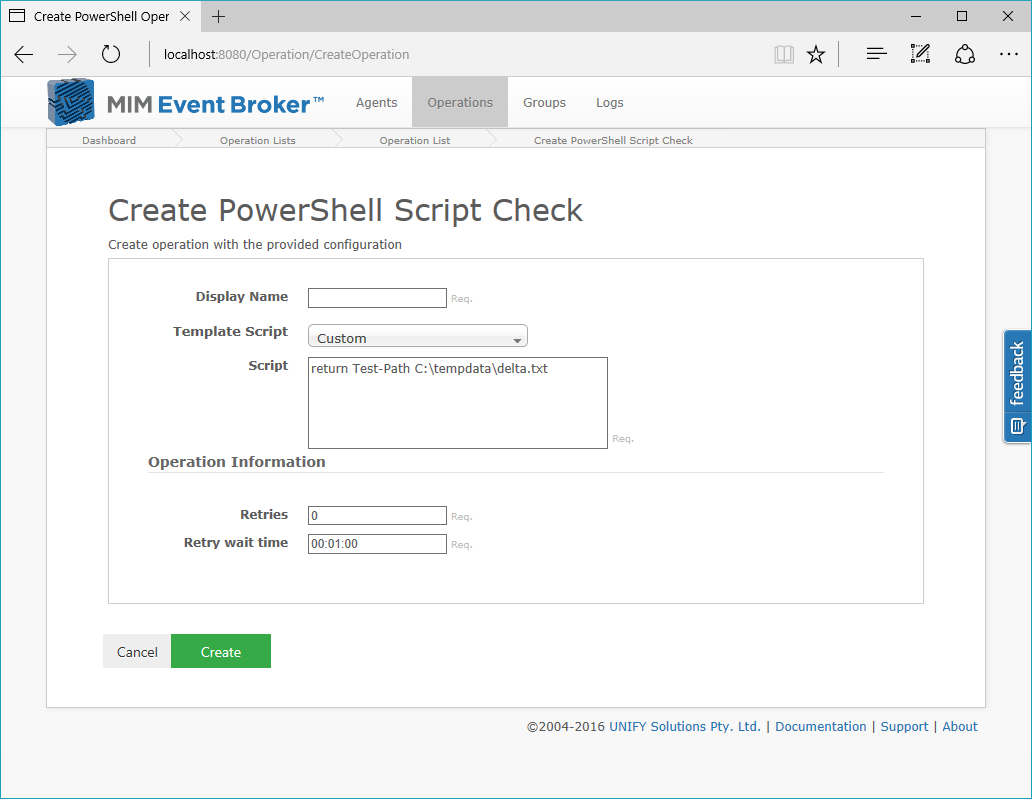 The following are a few examples to get started:

Changes have occurred if a file exists

Compare the current and last changes with hypothetical methods LastChange and CurrentChange.