UNIFYBroker can act as a LDAP server, enabling interactions with target identity managers over LDAPv3. LDAP is a standard protocol which enables support with any LDAP client.

A LDAP gateway enables create/read/update/delete operations against the adapter entity contexts in UNIFYBroker using the LDAPv3 protocol. For details on the protocol, see RFC 4511.

The changelog is located at cn=changelog.

In addition to the common gateway configuration shared by all gateways, the LDAP gateway requires the following by way of configuration: 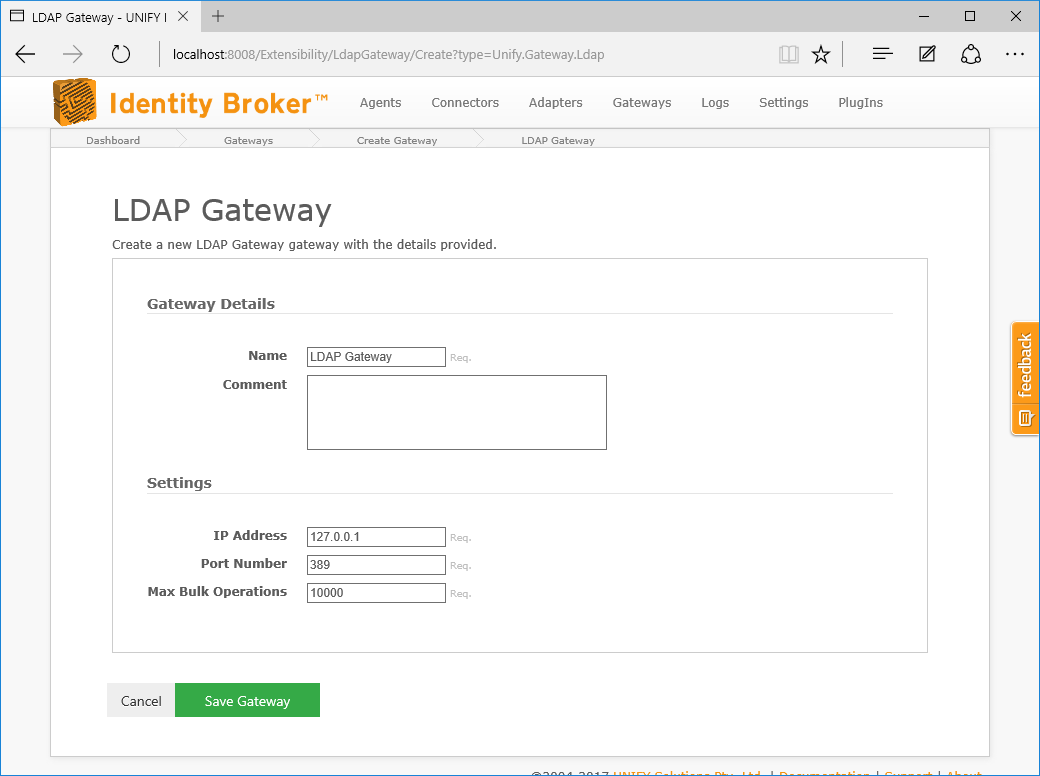